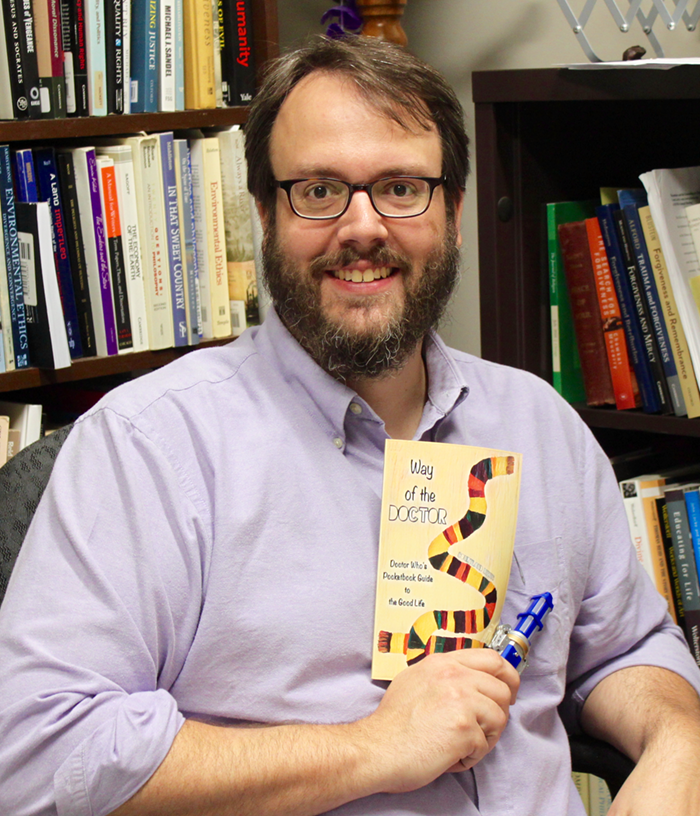 OCTC's Lewis Writes Book Repentance and the Right to Forgiveness

OCTC Professor Dr. Court Lewis has published a new book with Lexington Books, entitled Repentance and the Right to Forgiveness. Inspired by Simon Wiesenthal's The Sunflower and Nicholas Wolterstorff's work on justice, Repentance and the Right to Forgiveness adds the voice of rights theory to contemporary discussions on forgiveness. Rights have been excluded for two related reasons: first, forgiveness is often framed as "a gift" to wrongdoers; and second, rights suggest that victims are obligated in certain cases to forgive their wrongdoers. Such an obligation is often considered repugnant, for it unjustifiably wrongs (i.e., victimizes) victims, while benefiting wrongdoers. Repentance and the Right to Forgiveness overcomes this repugnancy by utilizing the moral theory of eirenéism to craft a rights-based theory of justice grounded in the inherent worth and intimate moral relationships between victims, wrongdoers, and their social community in order to show that the particular needs of victims make the obligation to forgive self-beneficial while also promoting a peaceful state of just flourishing.

Court Lewis received his PhD from the University of Tennessee and is Program Coordinator and Associate Professor of Philosophy and Religious Studies at Owensboro Community and Technical College. Court lives in Owensboro with his wife Jenny and son Elliott Storm. He spends his free time mentoring children and youth, acting, and playing music. Author of Way of the Doctor, Court has already begun working on his next book project examining social expressions of forgiveness and peace in popular culture and the arts. For more information, contact Court Lewis at 270-686-4621 or court.lewis@kctcs.edu.