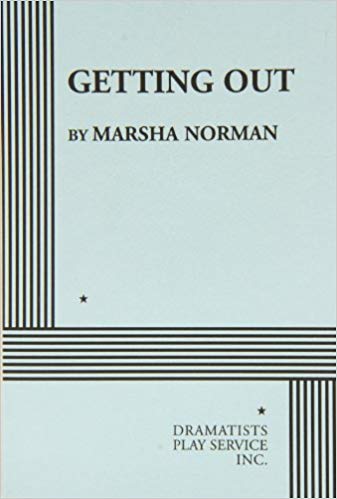 OCTC Holding Open Auditions for Getting Out Wed., August 22, 6:30 p.m. in Blandford Hall

Owensboro Community & Technical College's (OCTC) Oak Island Theatre has been holding productions since 1989. Dr. Julia Ledford has been at the helm for all of those productions, most often as Director. But this time the opportunity has presented itself to tie a production directly to OCTC's Common Reading program. OCTC's Common Reading for fall 2018 will be a play written by the Pulitzer Prize and Tony Award winning Kentucky-native playwright Marsha Norman,Getting Out. Open auditions for the production will be held on August 22 at 6:30 p.m. in OCTC's Blandford Lecture Hall.

Ledford added, "We have performed Norman's work 'Night Mother in the past and I look forward to working on this production. Norman crafts strong but complicated female roles. Our auditions and performances are always open to interested community members, students, and employees."

The play will run Thursday - Saturday October 25-27 at 7:30 p.m. and be held in Blandford Lecture Hall on OCTC's main campus at 4800 New Hartford Road.

Norman earned a John Gassner Medallion and the American Theater Critics Association Citation for Getting Out. The story revolves around a young woman released from prison after eight years, returning to and re-adapting to her life in Kentucky.